skip to main | skip to sidebar

Another thing I've been saying for years. Click on title.

If you didn't burn yours in the 'Sixties, you might want to put it away now. "Bras cause breast cancer. It's open and shut," says medical researcher Syd Singer.

Posted by Unknown at 4:16 PM No comments:

The Fed is Now Running the World

The U.S. Federal Reserve Bank, which is not federal but in fact private, is now running the world. With the announcement of an opening of the derivatives market for two hours this SUNDAY afternoon, the Fed has greatly extended its powers. This move is intended to block the Japanese as their MONDAY market opens.

This unprecedented move allows the guilty to scurry away in front of the impending tidal wave which will be brought on by the failure of Lehman. This may be IT folks!

As I have been saying for the past 4 years, "Here come da judge."
Posted by Unknown at 3:37 PM No comments:
Newer Posts Older Posts Home
Subscribe to: Posts (Atom) 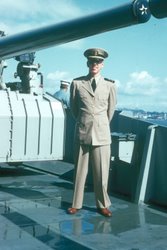